I write about what I know best and what I love: Travel, Restaurants, Theater, Culture, Luxury, Spa/Beauty, and the Arts. I speak many languages, so I am adept at getting to know a culture and location 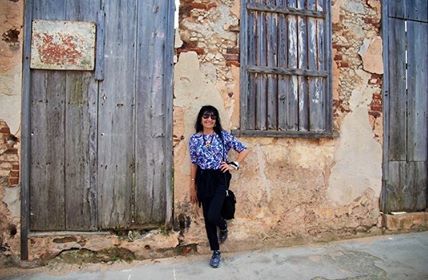 In this episode, Italy finally on the move, a New York-based travel writer battles coronavirus, and finally some good news from China.

As governments around the globe impose lockdowns and people self-isolate, coronavirus (COVID-19) has hit the travel industry hard. The World Nomads Travel Podcast has suspended its regular destination episodes but continuing to engage with the travel community by reflecting the way they are experiencing... 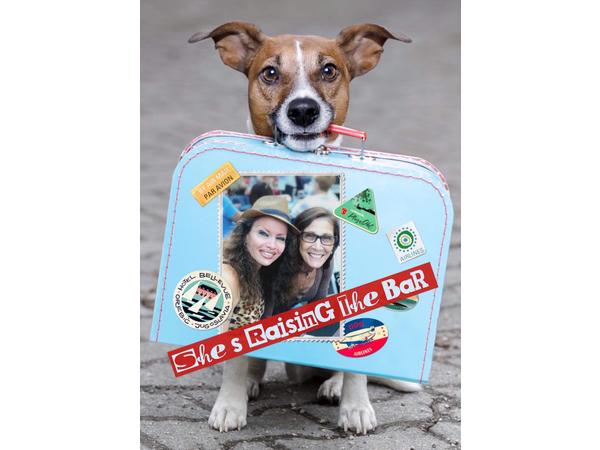 As the saying goes “When the going gets tough, the tough get going.”
But is that going to be enough as we sail through uncharted waters with businesses in this pandemic? Join hosts Laurie Towers and Elite Ziegelman as they welcome guests Meryl Pearlstein and Pamela Silvestri 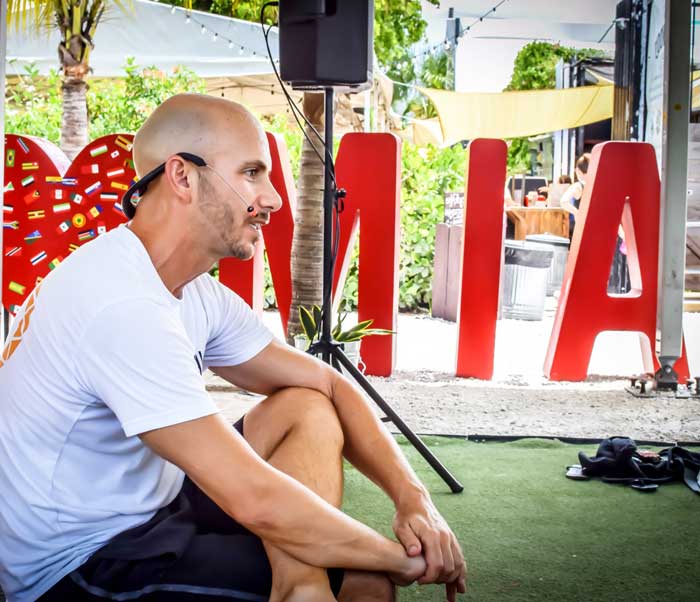 I woke up this morning and forgot what month it was. I had to ask Siri what day is was, as I usually do, but this time I also had to ask her what the date was. As each day blurs into the next, it’s the shimmers of light that make a difference. Like when Siri’s response causes the screen on my sleeping iPhone to brighten, or when I hear the birds in the morning now that the sounds of traffic or planes have pretty much disappeared.

And it’s the efforts of people that add to the glow. People who... 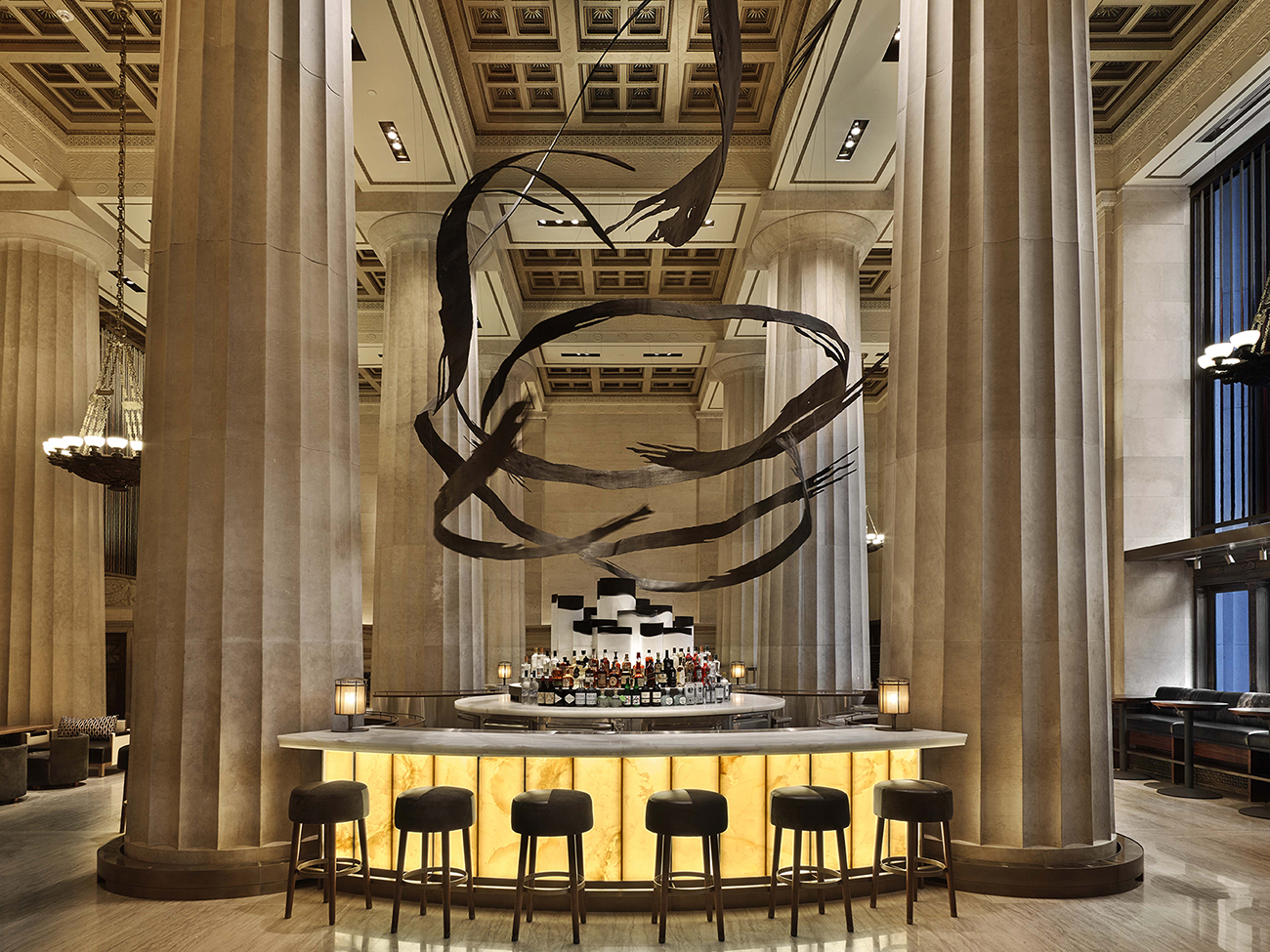 Table for Two with a Side of Drama

A timeless revision of my article about restaurants that are as theatrical as Broadway shows. The Guestbook stays in every city hotel room through the entire year. 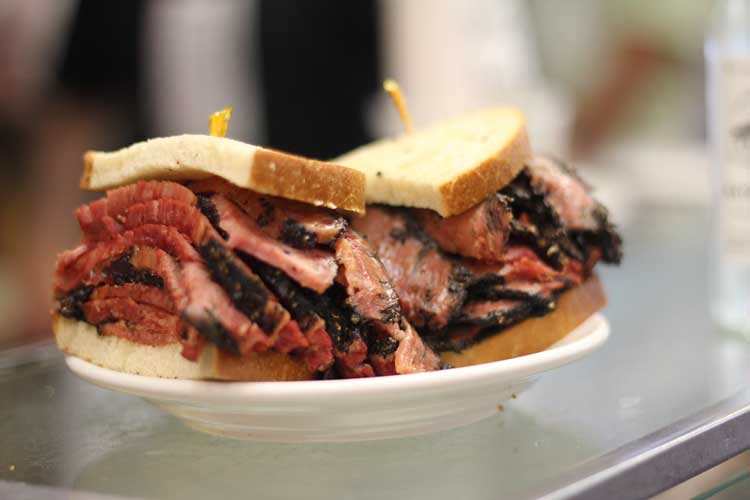 Editor’s Note: Even if you can’t dine in New York City right now, you can still order many of these classic NYC dishes for home delivery. Enjoy!

There’s nowhere like New York City when it comes to dining options, fast food to fine dining and everything in-between. What makes the city so appealing, however, is how many of these choices are true New York City creations, with some pedigreed from the end of the 19th century.

These are iconic New York City foods that you shouldn’t miss during a tr... 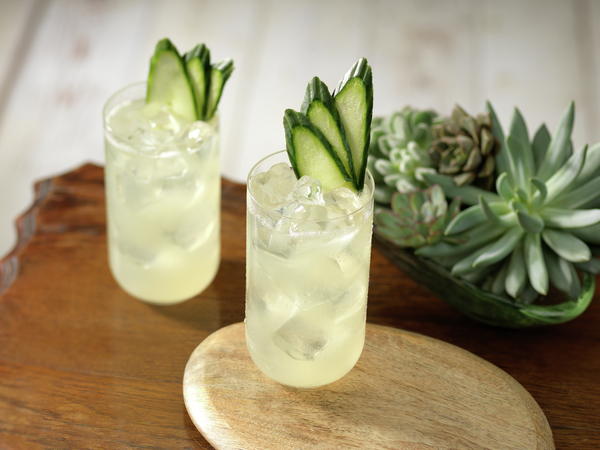 Cinco de Mayo is an interesting holiday. While it commemorates a battle that was fought in Mexico, Mexico doesn’t celebrate it. And what’s even more perplexing is that outside of Mexico, Cinco de Mayo is often confused with Mexican Independence Day, which is actually on September 16. For those of you interested in the origins of this crazy fiesta day, Cinco de Mayo commemorates the Batalla de Puebla fought on May 5, 1862 in which the small town of Puebla defeated invading French troops.
So, w...

Japan is an island country filled with wondrous sites, exotic foods, and gracious people. And with just five months before the torch ignites the flame at the Summer Olympics, it’s prep time. So, in addition to booking your hotel rooms and flights immediately, you need to become Japan-savvy when it comes to customs and practices.

English is taught throughout Japan. But this doesn’t mean that everyone speaks English. On top of this, the Japanese people can be shy. If you have no master... 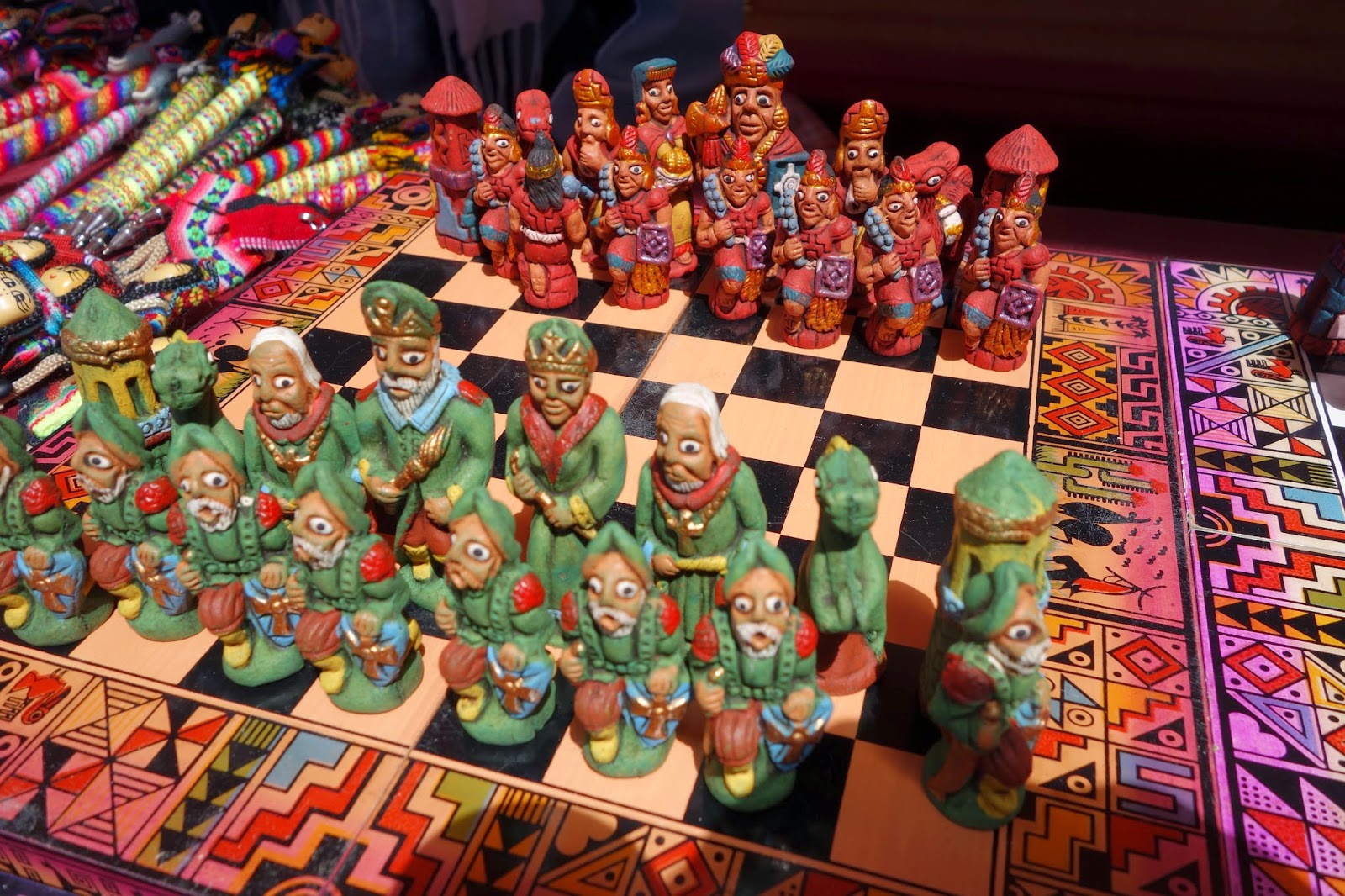 A Weekend in Peru: Lima, Cusco and Machu Picchu

With the weather a sweltering 90 degrees in most of the US, I’m longing for another trip to Peru to visit its cooler climes. But it’s not just for the weather. A visit to Machu Picchu, Cusco and Lima offers a wonderful foodie and adventure getaway even for a long weekend, thanks to new service provided on JetBlue from Fort Lauderdale to Lima.

I chose to visit this “bucket list” area for four days, starting my trip in the Miraflores district of Lima. A great stopover en route t... 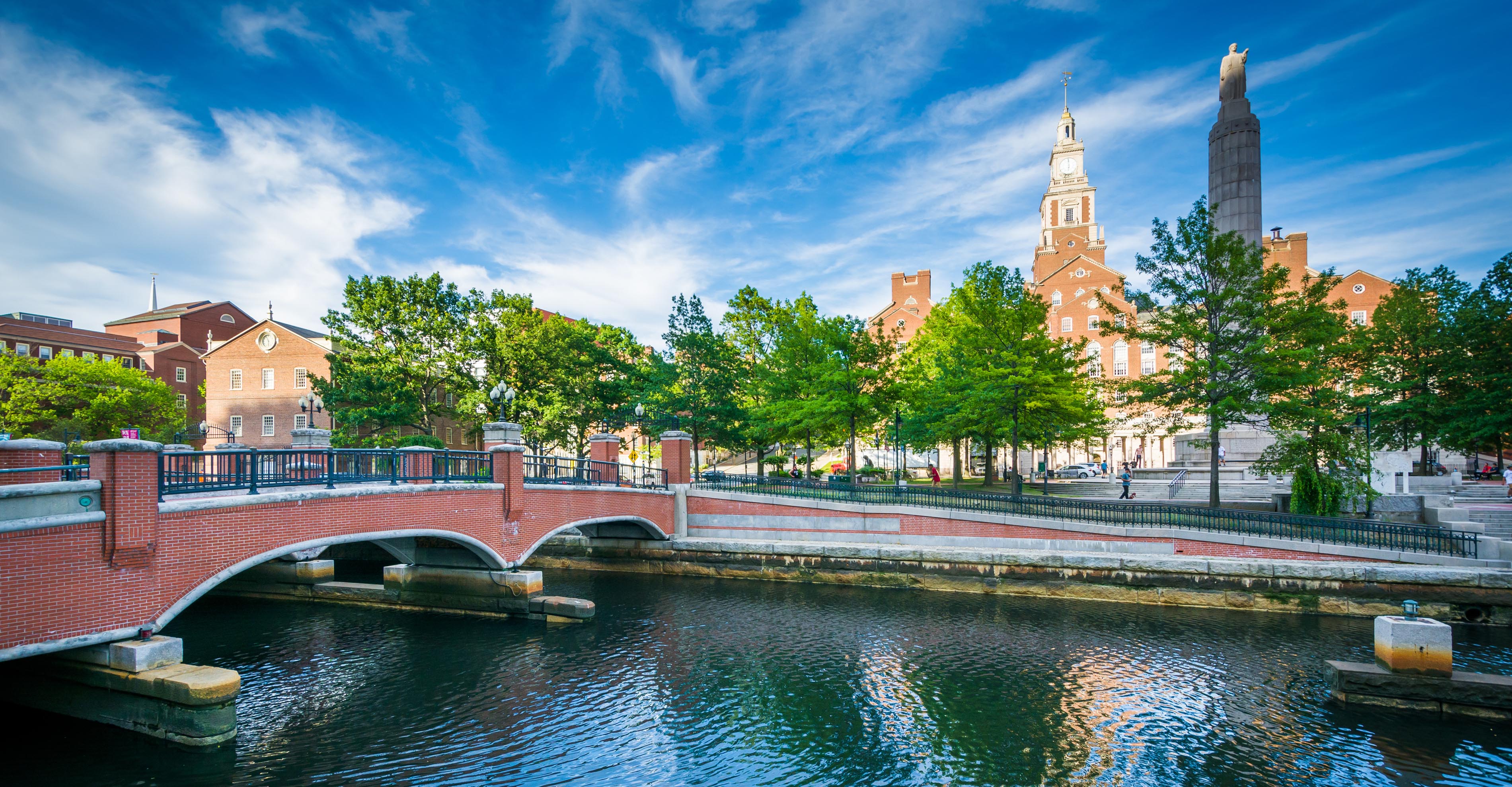 The best places to discover on America's East Coast

Okay, Brooklyn is technically one of New York City’s five boroughs but every hipster will tell you it’s where the city’s style and restaurant scene is happening. The borough is a mélange of colorful neighborhoods that embody New York’s independent spirit, and you’ll quickly find that each has its own rich personality. You could spend a week or more exploring from Red Hook to Greenpoint, from Williamsburg to Sunset Park, or from Bushwick to Park Slope, ferreting out what’s most interesting in ... 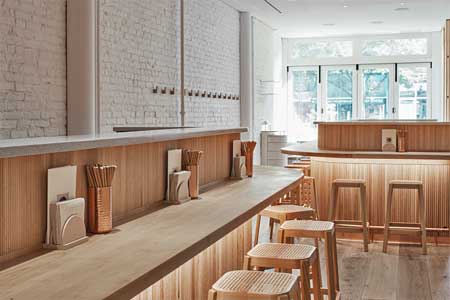 About the restaurant & décor: When three alums from some of the very notable Japanese restaurants in Manhattan get together to create a different kind of Japanese spot, you know something special is going to happen. Chef Taka Sakaeda (Bar Masa, Masa), chef Jihan Lee (Morimoto, Kappo Masa) and operations director Lisa Limb (Masa), each familiar with the intricacies of Japanese food preparation at Masa, are behind Nami Nori, a gem on a street filled with small, eth... 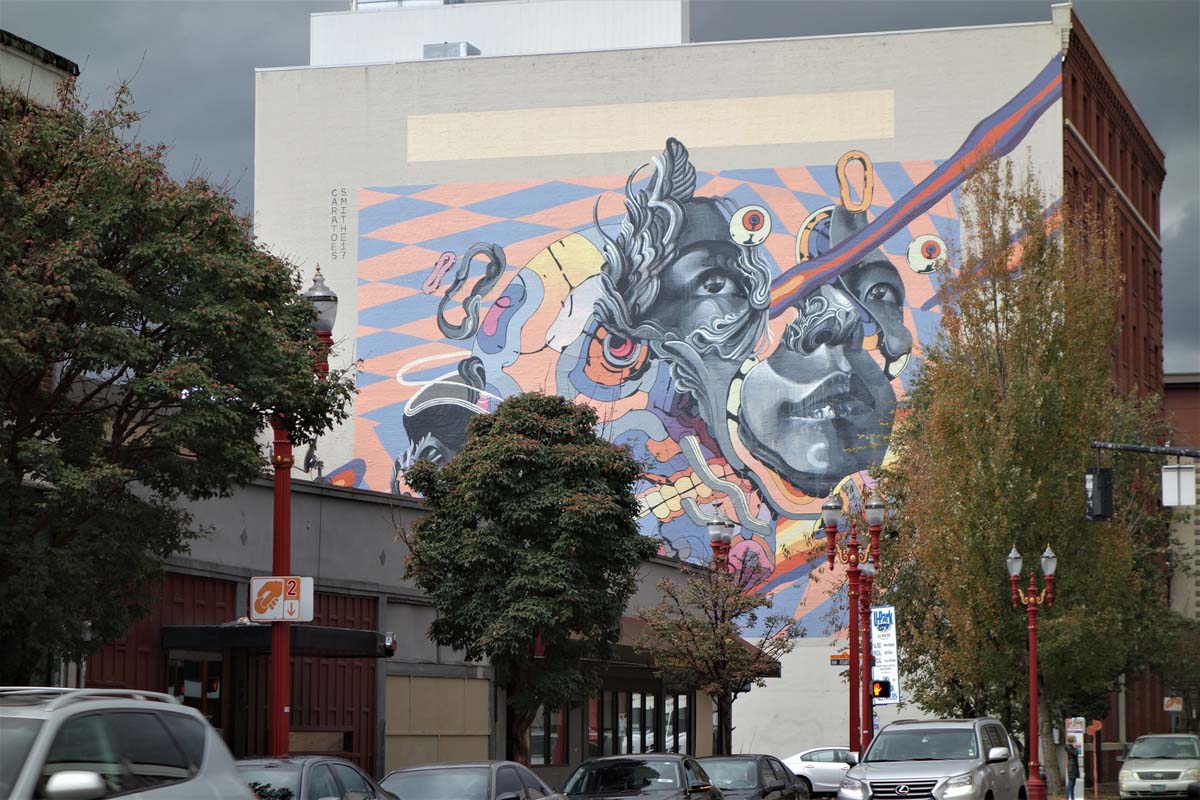 Quirky Portland. Creative Portland. Yummy Portland. All are very apt descriptions of this young-spirited, upstart of a city in Oregon. Perhaps it’s the mist that swathes the city three-quarters of the year that motivates contemplation or focus, or perhaps it’s just the city’s pervasive welcoming attitude that encourages a spirit of creativity which s... 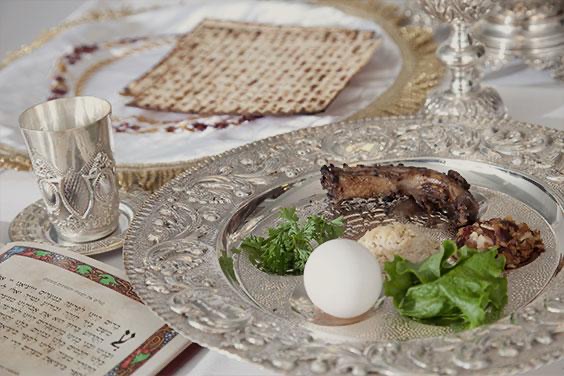 PASSOVER IN QUARANTINE: WHY IS THIS PASSOVER DIFFERENT FROM ALL OTHER PASSOVERS?

Passover is the holiday when Jews throughout the world get together to celebrate the exodus from Egypt. It’s a time when we reflect on what it means to be free and we retell the Passover story, the magid, as a way to provoke new questions, to educate the youngest family members, and to keep the history alive.

This year, Jews are challenged with a different kind of Passover. Families are separated from one another and many of the traditions associated with the holiday, like welcoming strangers... 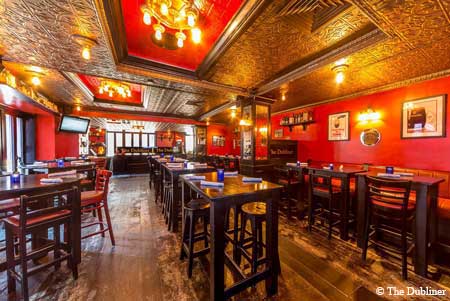 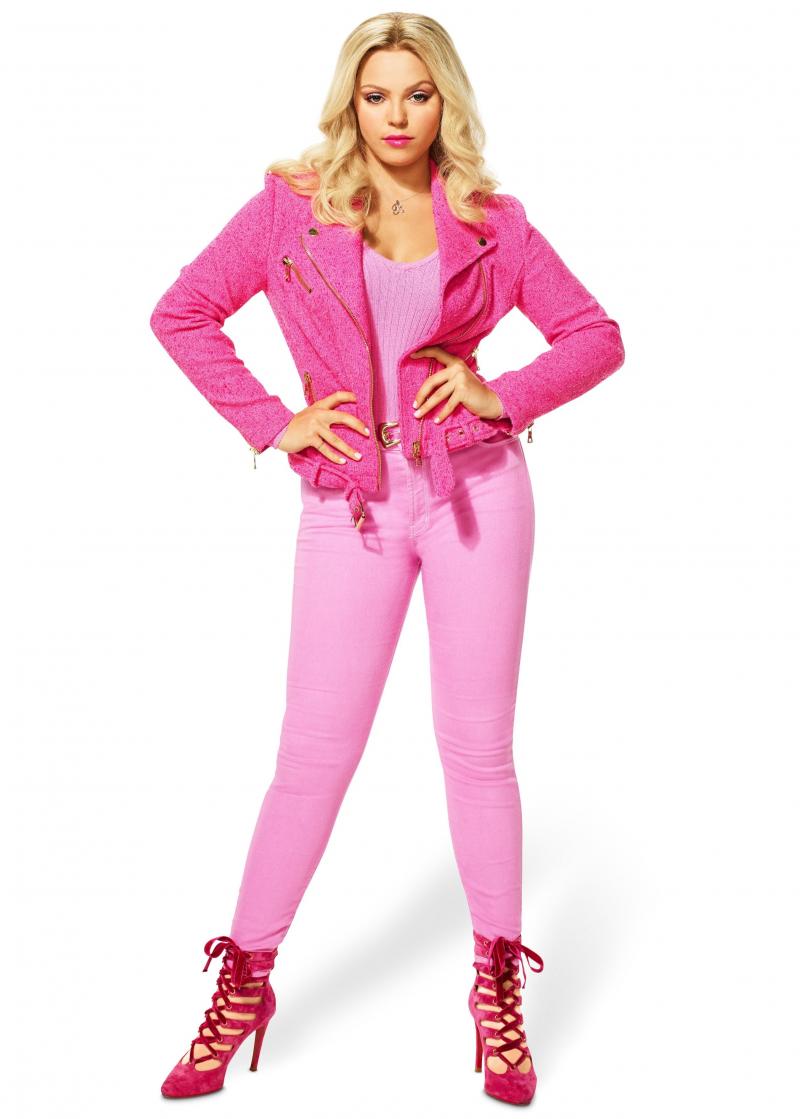 For Reneé Rapp, Everything’s a Competition in Mean Girls...In a Very Good Way

Mean Girls, Tina Fey’s über-popular musical based on her 2004 cult movie, thrives on the themes of fitting in, girl power, and competition—all cooked up in the familiar high school petri dish of cliques and one-upmanship.

Ten seconds in, expect the flashbacks to begin as semi-Goth art freak Janis and congenially flamboyant Damian welcome us as Freshmen and begin their overtly cautionary tale of Cady Heron, from her homeschooled world in Kenya (“lions and birds and stuff”) to her arrival at wa... 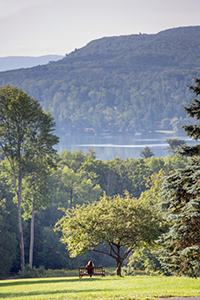 Yoga lovers are familiar with the extensive programming offered at Kripalu, a yoga and health center in the Berkshire Mountains, just three hours north of New York City. But you may not realize that Kripalu is much more than yoga; it’s a center that fosters a way of life-based on wellness and mindfulness. It’s also a gorgeous getaway regardless of whether you’re a yogi or not.
Kripalu’s history began in 1983 when Shadowbrook, a structure used as a Jesuit educational center, was converted into...